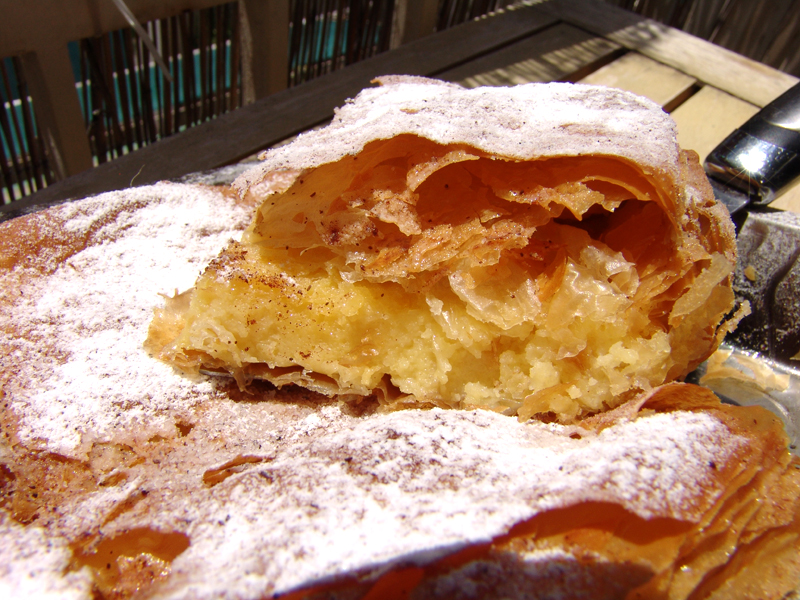 Bougatsa is very easy to make and of course very nice to eat. Ancient Greeks made a pie that could be called an ‘early bougatsa’. It was a kind of a pie with various fillings. The years and eons passed and the bougatsa pie became a very popular sweet in Istanbul and Smyrna. The refugees that came to Greece brought the recipe with them and this pie became a firm favorite throughout the country. It uses few ingredients and can be put together in a few minutes.

While it is still hot sprinkle some cinnamon all over the top and then dust with oodles of powdered sugar. It is usually eaten warm.