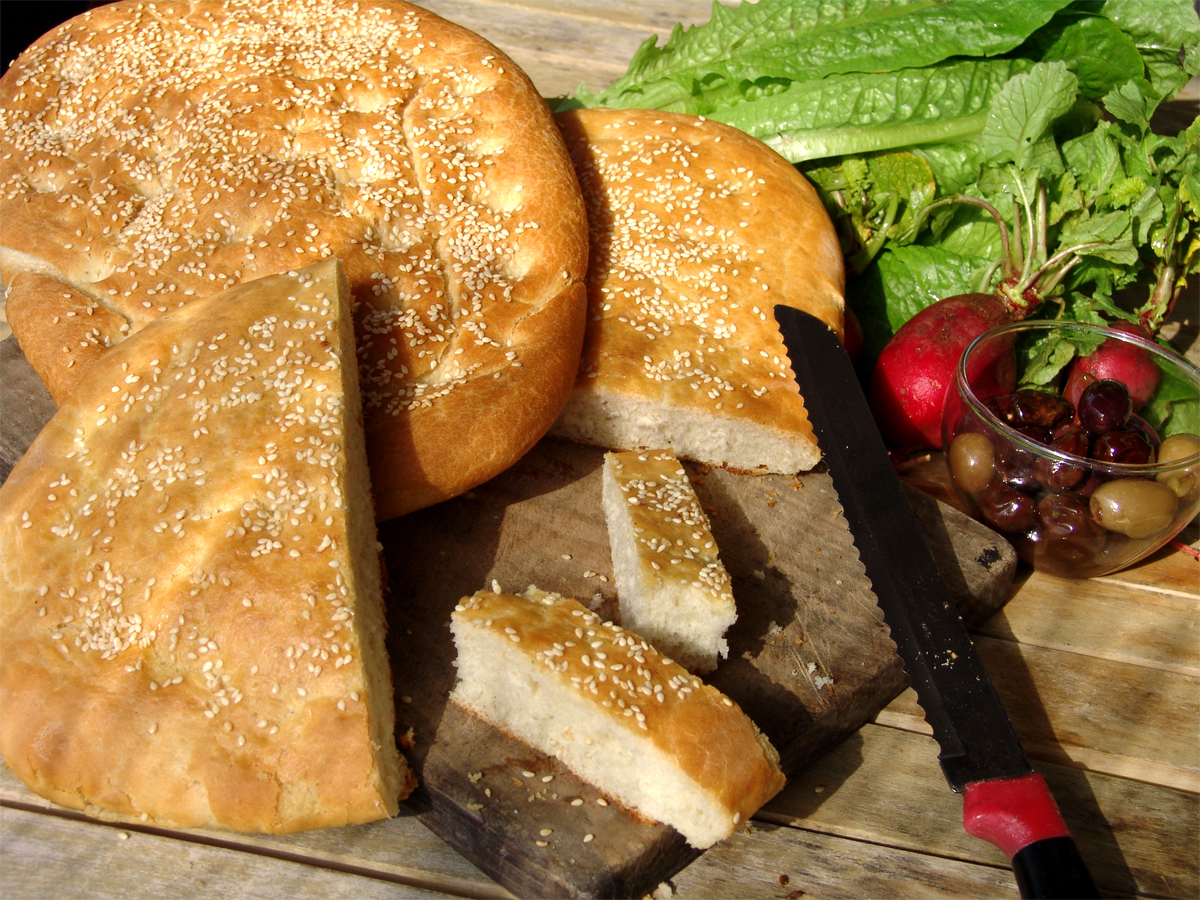 Ash Monday is round the corner again and it is time to make the “laganas”! Lagana is a special flat bread that is eaten only on Ash Monday, after the end of the Carnival, and heralds the beginning of 40 days  fasting before Easter. It is accompanied by taramosalata, olives, various salads, pickles, mussels and various shellfish. Herbs, sliced olives and cheese can be added to the dough if you wish.

Make a ball with the dough. Put a tablespoonful of oil in a bowl and roll the dough, so that it is covered, to prevent it from drying out. Cover the bowl tightly with shrink wrap. Put it in a warm, drought-free spot and let it rise. I put the bowl in the oven (turned off), go out and do my chores and about 2 hours later the dough has risen beautifully.

Punch the dough down gently and divide it in two, or four pieces, depending on the size of the bread you wish to make. You can flatten it a bit with a roller pin. Place it on greaseproof paper and flatten the dough out with your hands. The dough should be quite thin. Brush the top with a little oil and sprinkle sesame seeds generously. Press the seeds gently on the surface. Then, make deep indentations with the tips of your fingers all over the lagana. Also stab it with a knife, so that the dough doesn’t rise too much. Let the dough rise again for about half an hour.

Preheat the oven at 200oC. Put the lagana in the oven and 5 minutes later reduce the heat and continue baking at 170oC for about 30 – 40 minutes. Check to see that it has a nice colour.

Place the lagana on a rack and let it cool.