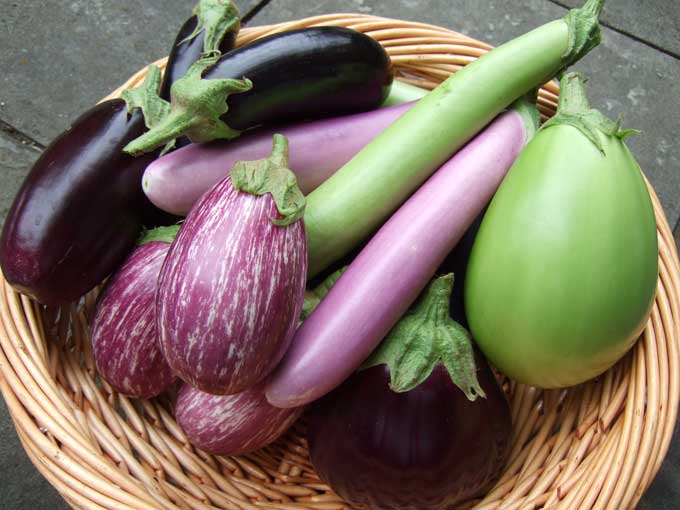 The main ingredient of the traditional moussaka is the eggplant. We all know that beautifully firm, purple fruit with the shiny skin. How many of us know that the eggplant is native to India and it was cultivated there since prehistoric times. There is also a record of the eggplant in ancient Chinese botanical texts.

The eggplant was introduced to the Western world around the 1500s. As it was thought to be poisonous it was cultivated as an ornamental plant for more than 200 years before people started using the eggplant in cooking.

The eggplant seems to have been introduced to the countries around theMediterranean Seaby the Arabs, as it has numerous Arabic and North African names. However, there is a curious lack of ancient Greek and Roman names.

Nowadays the eggplant is also known as ‘Aubergine’ inFrance, ‘Brinjal’ in India, South Africa and Malaysia, and of course ‘Eggplant’ which is used the U.S.A., Australia, New Zealand and Canada. The Italians called it ‘Melanzana’ and the Greeks ‘Melintzana’.

In Greece there are mainly two varieties – the elongated purple eggplants with whitish-pink stripes, and the large, plump eggplants with dark purple skin. There is also a white eggplant which is cultivated on the beautiful island of Santorini. They grow on arid volcanic soil and this gives them a fantastic condensed taste and a sweetness that is unique. Of course there are many more varieties throughout the world and the plants produce fruit of different size, shape and even colour. You may even find orange eggplants.

It is not really surprising that the people living around the Mediterranean Sea have an amazing variety of recipes calling for eggplants, and that many of the recipes are very similar, adding or subtracting spices.

It is also interesting to note that we see dishes using eggplants and minced meat in an almost endless variety in all the Balcan countries, in countries of the Middle East, Central Europe and of course Turkey and Greece.

I should also mention that the ‘modern’ moussaka was included in one of the first Greek cookbooks by Tselementes. That version consisted of various vegetables, ground eggplants with tomato sauce, and bread crumbs were sprinkled on top. Luckily, through the years, moussaka was enriched with the nicely spiced and tasty minced meat and tomato sauce. It was then covered with the snowy white béchamel sauce, which browns so beautifully when baked.